My Child Started Stuttering… Now What?

My Child Started Stuttering… Now What?

We all have moments of something known as “disfluent” speech. Maybe we’re saying “um” too frequently, or we’re repeating the beginning sound of a word a few times. However, sometimes people notice that they or their children are having more frequent disfluencies. A Speech-Language Pathologist can help distinguish between stuttering-like and non-stuttering-like disfluencies.

There are many different kinds of disfluencies, including blocks (feeling stuck/tense), repetitions (of words/parts of words), or prolongations (stretching sounds). Their presence in speech is not always indicative of a fluency (or stuttering) disorder. They can be broken into two categories: stuttering-like and non-stuttering-like.

These disfluencies can also be accompanied by additional behaviors, called secondary behaviors. These can include tension in the face/body, eye blinking, abnormal breathing, and more. Often, the purpose of these is to avoid stuttering, or can be due to frustration because of stuttering.

What does this mean for me?

Generally, if you are noticing stuttering that has lasted longer than six months in conjunction with secondary behaviors or feelings of frustration/embarrassment, it is a good time to visit a Speech-Language Pathologist for an evaluation.

The jury is still out. There are many theories, but the cause of stuttering is not fully known and is likely complex. Research has indicated the following: stuttering generally begins between the ages of 2 and 6; there are higher rates of stuttering among males; and many people who stutter 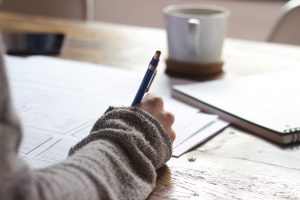 Executive functioning skills become solidified as children grow. The most[...] 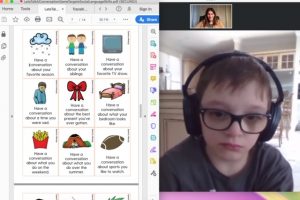 Are you still working? Is a question I get asked[...] 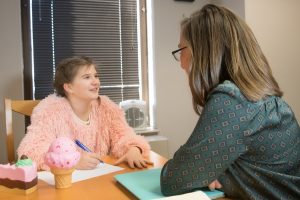 Utilizing a sensory processing frame of reference to support speech-related[...]